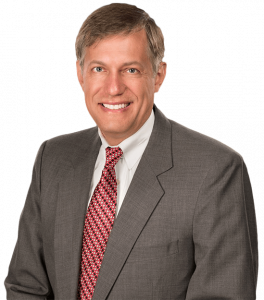 Since rejoining private practice in 2002, Dean has handled various healthcare, whistleblower, personal injury, criminal, and commercial litigation matters. Although he typically represents plaintiffs in personal injury and whistleblower matters, he has represented defendants in these and other areas of law, as well as handled healthcare and corporate matters unrelated to litigation.

Prior to joining the U.S. Attorney’s Office in early 1998, Dean worked for Woodward, Hobson & Fulton, a Louisville law firm, handling personal injury defense, commercial litigation, and corporate health care law matters. He has taught Trial Practice as an adjunct professor at the University of Louisville Brandeis School of Law in 1996, 1997, 1999, and 2003. While working at Woodward, he also served as General Counsel for the Louisville Jaycees from 1994 to 1996.